After seven years of marriage, Heather and Cameron Von St. James decided that it was time for them to extend their family. It was time for a baby! The two could not be more excited about this new journey in life. In August 2005, Heather gave birth to her beautiful, baby girl, Lily Rose. Heather recalls the days, weeks and first few months. “I was ecstatic,” she exclaimed. “But I felt so crappy.”

Heather went on to explain how she began losing weight quite rapidly–anywhere from five to seven pounds per week. Her and her husband realized that something was definitely wrong. They just had no idea what. The doctors started crossing off ailments from the list, and they started to grow worried about what it could possibly be.

In mid-October Heather’s health situation worsened. She started to feel like “a truck was parked on her chest”. Breathing was difficult, and the signs that something could be seriously wrong increased. Three months after their daughter was born, the moment they’d been waiting for and also dreading came. Heather received the diagnosis of malignant pleural mesothelioma.

Cameron recalls the look of sheer terror on his wife’s face, as the doctor explained to them what Heather had. They knew it was not good. Mesothelioma is a very rare cancer, that affects about 3,000 new patients each year in the United States. The prognosis of mesothelioma is typically very poor, and those diagnosed have a median life expectancy of about 12-21 months.

The couple knew they had to come up with a plan. Heather needed to beat the odds! They found a great doctor to help them along the way. Lily went to live with Heather’s parents in South Dakota, while the two journeyed to Boston, where Heather would have her lung removed. There would be too much travel, along with many doctors visits.

After Heather’s recovery in Boston, she went back to South Dakota to stay with her parents. They would be able to help her care for Lily, while she went through post-surgery chemotherapy and radiation treatments. The couple had to make the tough decision to have Cameron go back to Minnesota. There, Cameron would work, so that they could pay the bills. It just wasn’t feasible otherwise.

In the three months that Heather stayed in South Dakota, Cameron was only able to see Lily for three days. Heather explains, “It’s what we had to do to get by. It’s just what you do.” Being a long distance caregiver was not easy for Cameron, but again, it’s what he had to do. It was the best option for their family for that period of time. Cam recalls the really tough times when Heather would want to give up. “I would keep telling her ‘look, Lily needs her mother!’” This is what he would say to motivate Heather to keep going. He needed to keep her hopes high.

Having been a caregiver for the last eleven years, Cameron has learned the ropes, and believes it’s very important for fellow caregivers to keep the following in mind: 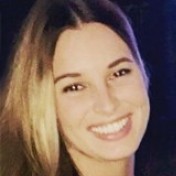 Brook Spencer is the Director of Community Outreach at the Mesothelioma Cancer Alliance. Their mission is to provide up to date information and resources on mesothelioma, a very rare and aggressive cancer, caused by exposure to asbestos. Through spreading awareness for the disease, they hope to eventually see a day where the substance is banned globally. Brook works on building partnerships between the Mesothelioma Cancer Alliance and other organizations focused on community health and oncology. Brook is a true believer in comprehensive wellness, and enjoys yoga, cooking and long walks with her dog.

Myths Associated with Incontinence in Elderly