In honor of World Alzheimer’s month, it seemed fitting to address a question that I am frequently asked by both patients and their family members alike. Namely, what exactly is dementia and how is it different from Alzheimer’s disease?

Let’s start with the first part of this question. Dementia is a general term that encompasses a number of different symptoms, two of which broadly include (1) problems with your memory and thinking skills and (2) difficulty completing activities that used to be part of your normal routine, such as balancing your checkbook and driving your car. Dementia can also be described as an umbrella term that is similar to how you would use the word “cancer.” For example, there are many different types of cancer: leukemia, melanoma, lymphoma… just to name a few. And like cancer, there are many different types of dementia.

Alzheimer’s disease is the most common type of dementia.

It is currently estimated to affect approximately 40 million people worldwide, with about 5 million of that estimate residing here in the U.S. The Centers for Disease Control have identified Alzheimer’s disease as being the 6th leading cause of death in America. For these reasons, I will begin discussing Alzheimer’s disease in much greater detail next week. Other types of dementia include but are not limited to: Vascular Dementia, Parkinson’s Disease Dementia, Lewy Body Dementia, Frontotemporal Dementia, Alcohol-Related Dementia, and Dementia secondary to Huntington’s Disease. Dementia is NOT a normal part of aging.

Let me repeat. You should not expect to have difficulty remembering the names or faces of your loved ones just because you are advancing in age! Mild lapses in your memory, such as forgetting where you placed your car keys or remembering the difference between a psychiatrist and a psychologist (another question that I am frequently asked), are probably nothing to worry about. As you age, you might notice that your reaction time isn’t quite what it used to be. You might even notice some difficulty regarding your ability to juggle multiple pieces of information in your head. However, your ability to understand other people when they speak to you, as well as your ability to express your thoughts clearly during a conversation, should not noticeably change over time. Your intelligence level should not drop. Your ability to make sound judgments and respond appropriately in social situations should not decline either. If any of these latter changes are taking place, I strongly recommend that you consult with a medical professional sooner rather than later.

At the risk of sounding like a broken record, I am going to reiterate a statement that I made in a previous blog post. Knowing the cause of a problem will help you and your doctor determine the best treatment. Be proactive and don’t be afraid to ask a lot of questions! There are medical conditions that can mirror the symptoms of dementia, some of which are completely reversible if they are caught early enough. However, if you or your loved one does have one of the disorders that I listed above, there may be treatments available that could prevent symptoms such as memory loss from worsening for several years. It might not sound like much, but please try to bear with me for a moment and consider all of that things that you could potentially accomplish in that amount of time. At the very least, knowing what to expect will help you and your family make some difficult decisions and plan accordingly for the future. You might be eligible for assistance, informed about local resources, and connected to supportive services in your community. You could also be eligible for research studies that will lead to more effective treatment options and, ultimately, a cure for generations to come. 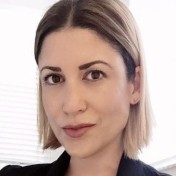 Dr. Ariel Frankel is a Licensed Psychologist in the state of Florida (License # PY8997) who specializes in Clinical Neuropsychology. She has worked with the Alzheimer's Disease Research Center, Memory and Aging Clinics, and Neurology Departments in California, Virginia, and Florida. She has spoken on behalf of the Alzheimer's Association in order to help patients and their families better understand the aging process, memory loss, and Alzheimer's disease prevention.

How Customized Wheelchairs Are a source of Motivation for the Disabled